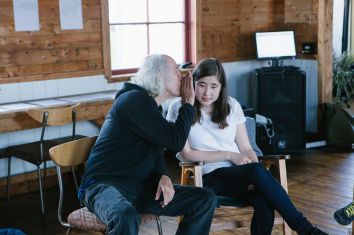 On June 23 was held a conversation animated Michael Fernandes. The artist spoke of his approach, his site and his choice of non-intervention in it. The small clearing he found in the path of Chemin des Huet, was already full he said, it did not need to add anything to sustain it. This was followed by a discussion about the distinction between the artist and his work.